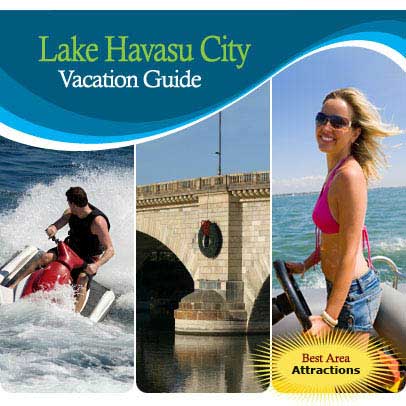 First time visitors might think their eyes are playing tricks on them as they approach the desert oasis known as Lake Havasu City, Arizona. 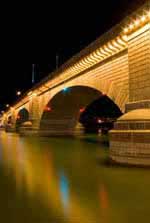 It isn't the crystal blue-green water of the Colorado River flowing refreshingly through the town that catches visitors off guard. It isn't the big-horn sheep and wild burros that can still be seen wandering at the town's edge that surprises people either. It isn't even the lush palm trees that seem to pop up out of nowhere as visitors snake their way along Highway 95 through the Sonoran Desert that gives the area its oasis-like appearance. What makes a first time trip to Lake Havasu City so spectacular and just a bit surreal is the bridge. Not just any bridge, but the world famous London Bridge. The London Bridge, a massive stone structure first built in 1825 across the River Thames in downtown London was moved to Lake Havasu City in the late 1960s to become its iconic landmark. For those visitors willing to suspend their disbelief at seeing the London Bridge across the Colorado River in western Arizona, a trip to Lake Havasu City is an exciting and unique adventure that should not be missed.

The Making of a Town

One of the first planned communities, Lake Havasu City was founded in 1964 around an old mining town that had been deserted for nearly fifty years. Robert McCulloch, a businessman and investor, sought to create a master planned community where sun-lovers and water sports enthusiasts could build their dream homes, taking advantage of the fabulous mix of hot, arid temperatures and the cool, refreshing water of Lake Havasu. Attention was paid to every detail in laying out the town, including the use of loop roads that drive visitors past prime restaurants and wonderful shops as they make their way across the lake and up and down the shoreline. The result was a spectacular vacation destination that is enjoyed by thousands of people every year. Lake Havasu City is home to approximately 55,000 people year round, with another 20,000 who make the cabins, cottages and houseboats that surround the 45-mile long lake their second homes.

A Bit of Merry Old England 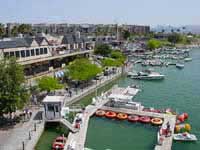 The London Bridge was quite literally falling down when it was replaced by the City of London in 1968. Almost 140 years of tidal river flow along the Thames had weakened the foundation and London planners needed a stronger, modern bridge to handle the town's increased traffic growth. Purchased at auction by town founder Robert McCulloch for just under $2.5 million, the individual stones were numbered and taken apart piece by piece, shipped to the United States and then reassembled in the Arizona desert. Once the bridge was complete, the ground underneath the arches was dredged away, creating water flow and forming a fabulous island around which Lake Havasu City could create its tourist economy. The bridge opened in 1971 and has been delighting visitors ever since. The London Bridge Resort Village, a British-themed tourist area surrounds the bridge district and offers guests English dining fare, traditional British crafts and a taste of European culture in the heart of the American southwest.

More Than Water Under The Bridge 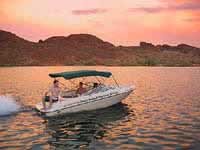 Lake Havasu and its deep waters is the main attraction. The lake is over 45 miles long with over 400 miles of coastline features endless water recreation including power boating, jet skiing, house boating, fishing, kayaking, canoeing, sailing and camping as well as great hiking trails around the lake. Public shorelines with several beaches is ideal for family recreation. The lake is fringed with several coves and inlets that create excellent fishing environments for largemouth bass, stripped bass and trout. Lake Havasu is also a popular "spring break" destination primarily attracting college students from both California and Arizona. Lake Havasu City AZ is truly a town that lives up to its motto....."Where Fun is Always in Season".

Getting to Lake Havasu City

South of Hoover Dam, the Colorado River flows between Nevada and Arizona and then between California and Arizona. The entire area is a water recreation wonderland comprised of vacation destination communities. Also see Lake Havasu City Tourist Guide for more information about Lake Havasu including its attractions, lake, London Bridge, spring break, nightlife, restaurants, boat rentals and much more about this water recreation oasis on the Colorado River between Arizona and California. 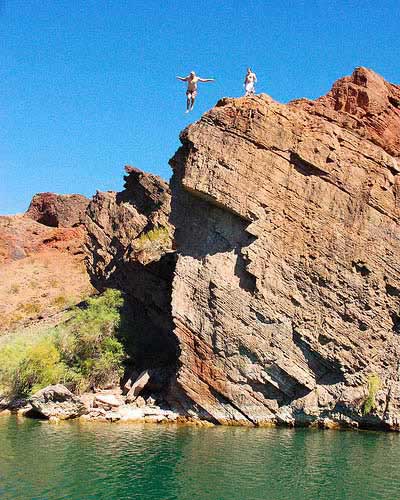 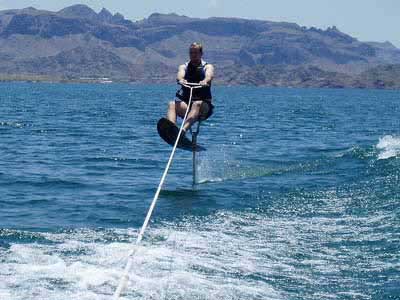 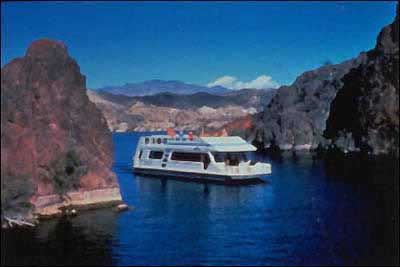